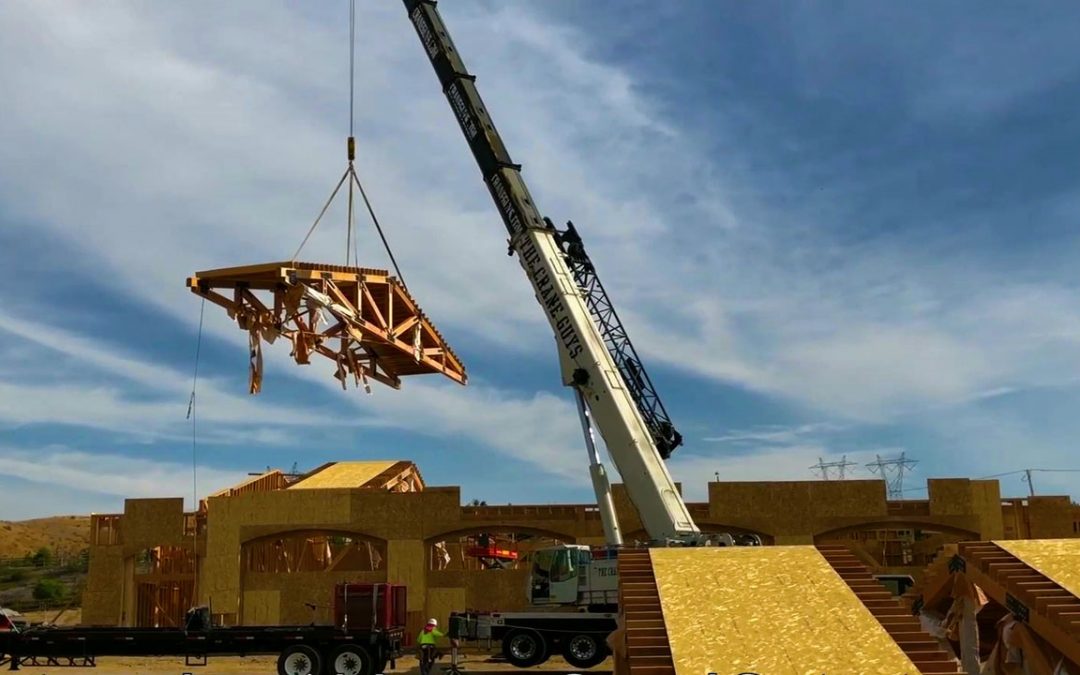 It Takes Craftmanship, Care and Handling 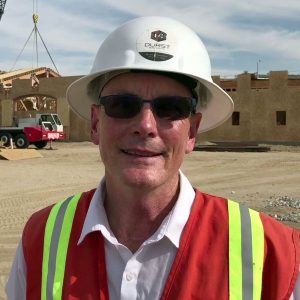 Alright, John Durst, here again, Durst Builders and we?re at our senior center job site. And today, the operation we?re working on is setting heavy timber trusses. We?ve put the trusses together on the ground. The joist that we?re setting – two trusses at a time. The joists are attached as you see in the photo here. And the crane is the background is doing the first pick. A total of four picks today. And in just a minute we?ll go inside and you can see as we?ve set the first set of trusses. And it?s much better to set them this way. Two at a time – with the joist on the top – keep it safe – less time working up off the ground, where guys can get hurt.

Ok so now we are on the inside of the building. This is going to be the banquet room of the Santa Clarita Valley Senior Center. The first two trusses are in place. Obviously, still, quite a bit of work to go to completely secure them. And we?re getting ready for now the second pick with the crane. And as you can see this is going to be quite a room and quite a building.

We?ve teamed up with Intertex General Contractors, also out of Valencia, in putting this building together. And today we?ve teamed up with The Crane Guys. So, this is Durst Builders, The Crane Guys, and Interex Contractors. As we put up these trusses… they?re beautiful?. takes a lot of care in handling and expertise. Each one of that crane picks is about 14,000 pounds, so each one takes time. And everybody?s gotta be on their toes and paying attention. And that?s really where, again, where we thrive – when it?s a little intense, and it?s a difficult thing – you?ve gotta figure it out. What?s the best way to get things done? Durst Builders is here to get it done for you. 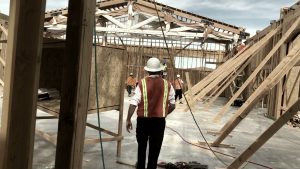 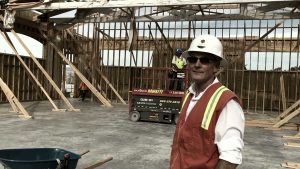 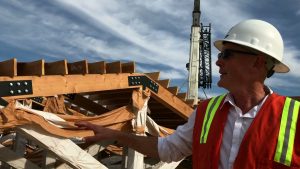 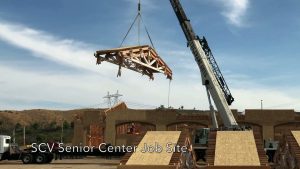